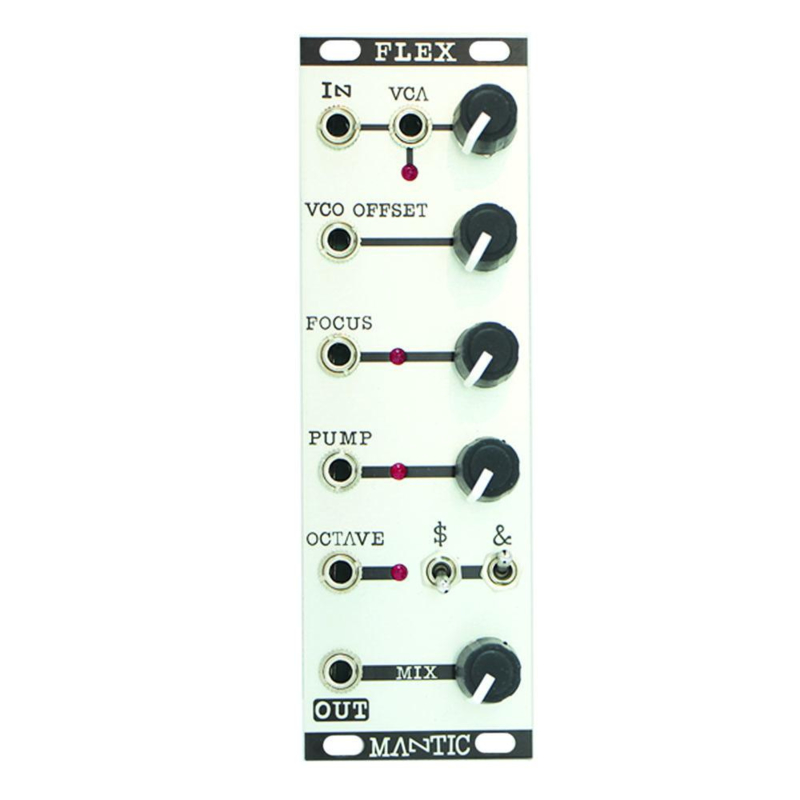 WMD recently helped their friends over at Mantic Effects adapt their  popular FLEX guitar pedal into the Eurorack modular format.

Initially released in 2014, the Mantic Flex lead the charge in the recent upsurge of PLL (phase locked loop) popularity and continues to set itself apart from other PLL's in that it is an original design and not a Schumann derivative. The Flex Pro is voiced and biased to offer what we found to be the most readily usable range of PLL sounds in a broad musical context, without compromising the users ability to experiment.

Added features in the Eurorack module include full voltage control, integrated input VCA, a dry/wet mix, VCO Offset control as well as a CV Octave control that interacts with the VCO Offset.

Recommended for use as an effect with quick enveloped sounds, percussion, snappy basslines, VCOs and as an aux send as it will create something new and exciting out of anything you throw at it.