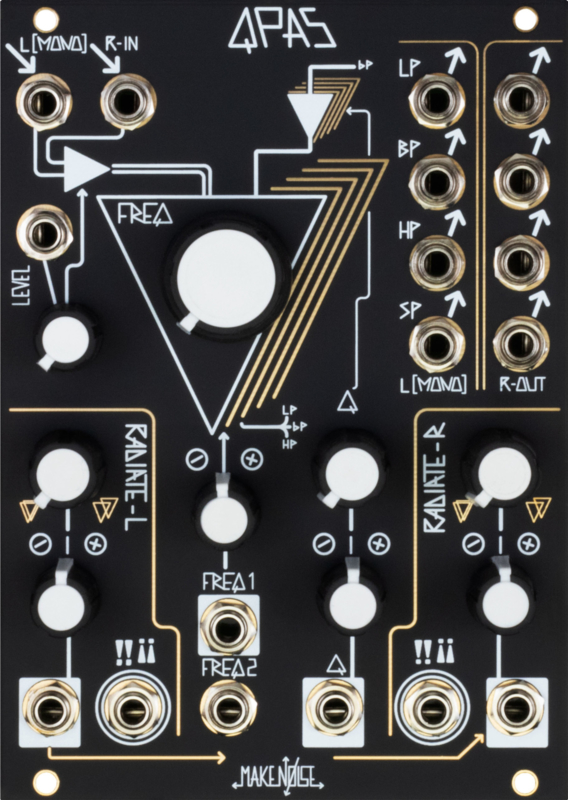 The Quad Peak Animation System combines the auditory enveloping of stereo spaced peaks with the animation of two or more peaks in a single channel dancing around each other or engaging in primitive vocalizations. QPAS is Quad Core, containing four identical state variable filter cores with a control system powerful enough to guide them in stereo multi-peak operation, but simple enough to encourage system integration rather than domination.