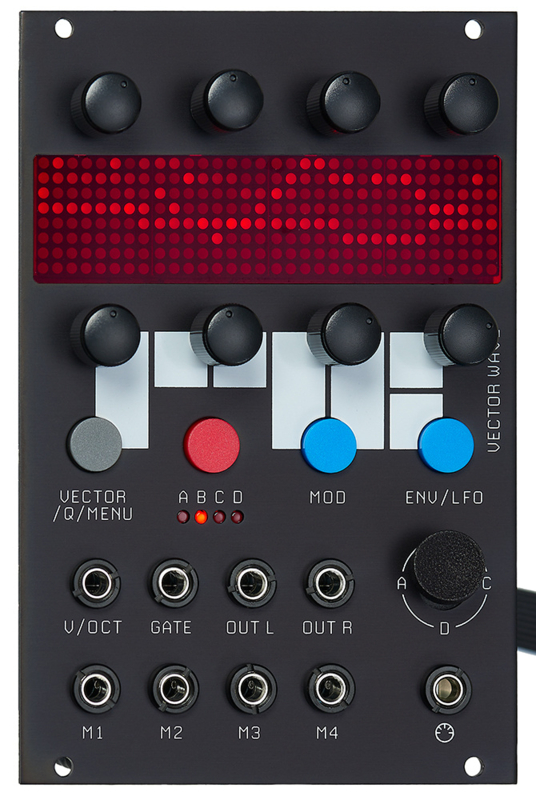 The Vector Wave is a feature packed compact Eurorack module, which can be used as a stand alone synth-voice without the need for external VCA,ENV, LFOs etc

16 oscillators, divided into 4 banks, oscillators can freely configured into series or parallel combinations for complex FM or additive synthesis

A cute Vector Joystick for morphing between oscillator banks, for cool performance timbre sweeps and sonic movement
Vectors can be recorded from the joystick and replayed from trigger sources, or animated from external or internal modulation sources

Two Envelope generators [ per voice in polyphonic modes ], and two LFOs with all controls assignable as modulation destinations

30 User Voice storage spaces for storing your synth masterpieces to internal memory, enabling you to impress your friends at a later date