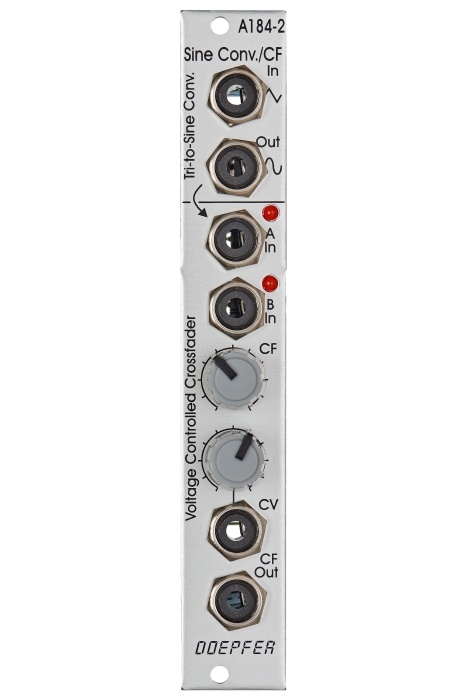 The A-184-2 contains two independent circuits. On one hand there's a curve converter which forms a triangle into a nealy perfect sine; pretty handy as an oscillator expancer for VCOs without a sine or with an inperfect one. On the other hand the module features a voltage controlled crossfader which, using high quality SSM-VCAs, is intended for audio.

The upper part of the module is, like stated before, is a very precise curve converter for generating an utterly clean sine wave from a triangle wave.

The bottom part is a circuit for crossfading between two input signals to one output. This can happen manually with the CF control as well as voltage controlled via the scaleable CV input.
Both inputs are equipped with LEDs displaying signal levels. The A input is normalized to the sine converters' output.