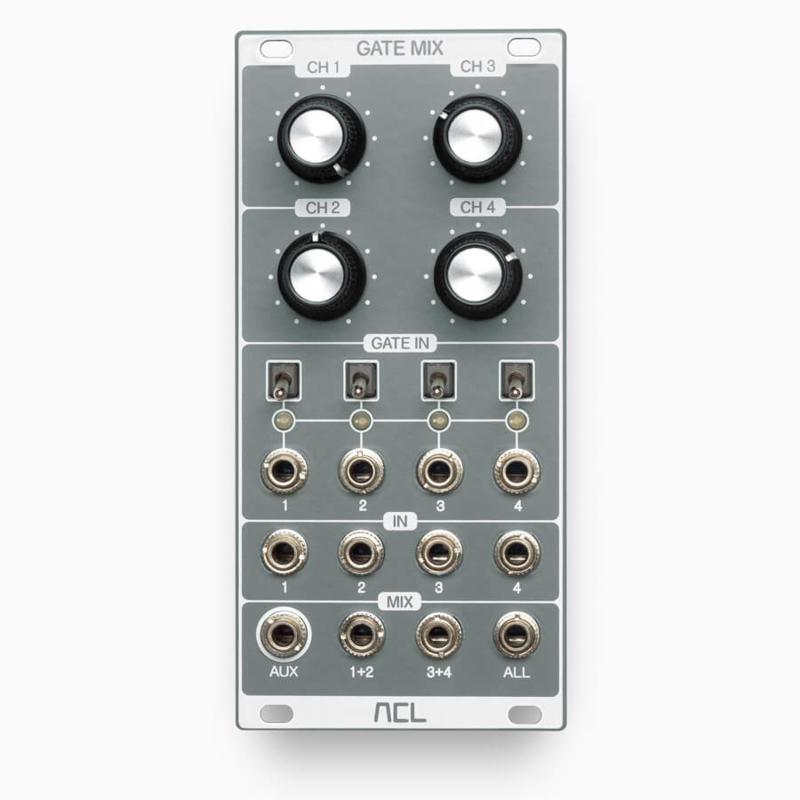 Audiophile Circuits League-GATE MIX is a 4 channel Audio signal mixer, consisting two 2-in-1 mixers (1+2 & 3+4), whose outputs are summed together to the master output. All 4 channels can be switched ON/OFF controlled by switches and/or gate or even CV signals. Further there is an AUX-input, which is routed unity gain (no attenuator) to the SUM. The logic of switching the signals on and off can be negated (inverted), meaning a high control signal could switch the signal on (gate=on) - or the opposite behaviour; a high control signal could switch the signal off (gate=mute).

So you can always switch the channels on and off using the switch, by just flipping the channel s state (on or off). No disturbing clicks or glitches should be heard when switching an audio input signal on and off due to a fast „slew ramping“ takes place in the circuit, controlling the amplitude of the signal when switched on and off.

Each Channel got a LED which is lighting up, when the channel is switched on, so ll it let a audio input signal going through to the outputs.